"That's what I love about photography; while I have control over the camera there is just no telling what will happen on the other side with each day's new adventure." ~Luke Wynne, author of Artists in Residence

On this Friday the 13th, I had the good fortune to catch up with Easton photographer Luke Wynne who comes to us via the roundabout route of Hollywood, then a hard left at Italy.
With nearly 40 years of professional photography under his belt, today Luke has just put the very final touches on his first book: Artists in Residence.
It is a snapshot of 70 Lehigh Valley artists as inspired, in their studios. We had an informal discussion about this arduous endeavor.

Why this book?
“When we moved here to the Lehigh Valley from Italy all our stuff had arrived in a container. I have a pretty big library, so I was unpacking loads of books. It was tiring and I took a break. I sat back with an August Sander book. He was a famous photographer that published ‘People of the 20th Century’. He took 40,000 black and white images of German people and put them into seven categories. It’s a seminal work for portrait photographers. Photographers from me, all the way up to Richard Avedon know this book.

I was actually doing portrait photography when we lived in Hollywood (1980-99). I don’t want to say I got ‘burned out’ exactly, but — well, after some time I realized: this is an exercise in insanity. So – next chapter, my wife Barbara and I moved to Italy and I taught portrait photography there for a while (1999-2011). Fast-forward to 2011, and as I sat in our new place in Easton and leafed through Sander’s pages and thought about the very creative people we were meeting here… what if I try something like Sander, but rather than photograph everyone in Pennsylvania, I’ll focus on the artists in our geographic region; this was the inspiration for my book.

Why Easton?
“We drew the proverbial circle around New York City. There it was, Easton. So we visited the area during Autumn.

Between the river, the gorgeous colors of the foliage, plus the historic architecture we thought “this place is just magical”. We noticed that things were on an upswing, like sort of a renaissance – we could feel it; it seemed idyllic. So once roots were planted I started networking with local artists and was inspired to work on this book. Sanders’ style was very direct, forthwith, and economic. I took more of a post-modern approach with Artists in Residence and opted for color digital photography.

It’s tough not get swept up in the energy that Luke has when he describes his work of over two years. He explained that photography is sometimes about patience and it took over two years of it, in order to properly capture the feeling that these artists exude in their own studios; an artists’ creative spark. Suddenly I understood what this book was about.

Was there anything shocking or that really stood out, as you photographed all these artists?
“Yes, the diversity! The types of art – there is a very rich vein of artists and  range of work here. Beyond painters there are amazing textile artists and even a sound sculptor, Scott Scherk. I had never ‘heard’ of that before… so here was a new problem; Dada moment – how do I capture a sound sculptor, visually? As luck would have it, Scott was working on a piece that involved quite a bit of unique sound equipment and paraphernalia, so we did manage to get an interesting shot while he was in his creative process.

My take-away surprise was really about the quality and breadth of art that is happening in the Lehigh Valley, and the diversity of both the art and its artists.

When I went to meet Barbara Schulman who is a textile artist I thought, oh maybe quilts? But when I saw her work I was blown away (some of Barbara’s works are on display at Bethlehem’s Banana Factory gallery until March 22). What she does with textile is quite extraordinary – I wasn’t aware of this type of medium before.

Well the surprise there was that I had difficulty in the form of one group; the photographers. So many have switched to digital, so when I visited their studios it was a desk and a computer; not so interesting… except when I visited Ed Eckstein. Ed’s doing digital but also still printing film in his darkroom – the studio is fantastic. I cannot say anyONE was truly difficult here, because I have a history of doing portraits in Hollywood.” Luke focused on 10 photographers in his book.

In 1979 while he was the studio manager for Frederic Ohringer, Luke helped put a book together that was a portrait of the theatre. “I helped print the shots and also to compile the 140 black and white shots.” This experience was a good foundation for Luke’s enterprising project 30 years later in the Lehigh Valley. “As a photographer it is so interesting to come into the artists’ studio and sort of eavesdrop on their creative process. Their studios are so varied; a barn, a converted garage, a basement – all very well-appointed. What struck me in doing this project is that the artists’ studios are a universal emporium; it’s the sanctuary for creating.” Luke would leave his familiar home and travel uncharted waters to each studio. Luke likened this experience to da Gama or Columbus, as he got to explore each artists’ new world. “That’s what I love about photography; while I have control over the camera there is just no telling what will happen on the other side with each day’s new adventure.”

How did you get into photography?
Well when I was little of course I wanted to be a cowboy… then when I was medium it was more like architecture – but my guidance counselor noted that my penchant for math was a bit lacking, so then I decided to go to school for visual arts. I started out in film but soon discovered that in larger productions you lose so much control of the work with the volume of people involved… then I focused on photography; I liked the amount of control I had on this vs. film. However, even with photography I wound up doing film work for nearly 20 years in Hollywood.

Going into the Artists in Residence project, Luke was thinking of the Lehigh Valley as a somewhat homogenous group. “But as I got out there, I realized it is much more balkanized.” Even at a College Hill vs. downtown Easton level, Luke noticed sort of a local/neighborhood pride that he likened to artists in NYC. Local influences can help define art in Kutztown or Bethlehem just as in Chelsea, the Village, or Brooklyn. There is a local sense of pride sometimes even to the point of pettiness or artistic friction between some artists. “This didn’t matter for my work since I am not a critic, plus I have no dog in the fight. I am strictly an observer and because I am an outsider,  all the artists were very giving to me – I am very thankful for that.” Luke set out to capture a true record of these Artists in Residence, and he is thrilled with the broad sampling that he was able to document in his book.

So, what’s next for Luke?
Lafayette’s production of Frankenstein 2019 is an interdisciplinary theatre collaboration that will take place in 4 of their venues on the south campus – that should happen by mid-late April.
“There is also another very exciting project involving 3 other photgraphers, that I hope to be a part of – it’s happening in Allentown and I should know by May whether it’s on for sure.”
Ellen: Check back in May; we’ll do an update to this blog… 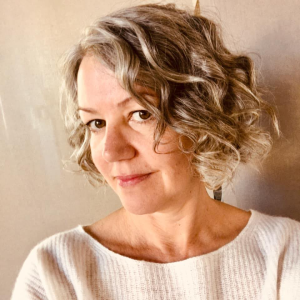